Are You Tired of Settling for Less?

There’s So Much More to Life

For a lot of people, the idea of living your best life after a traumatic relationship is a fantasy. The hopes, goals, and dreams they once had have become distant memories as they’ve settled for far less than they wanted. Several years ago I realized I was one of these people.

It was just after Thanksgiving dinner. I stepped back from the crowd of partygoers and was hit with a reality I had been avoiding: this wasn’t the life I wanted to live. Sure, I had great friends and a good job, but I wouldn’t have described my life as anything special. Outside of this moment, my life was a living nightmare. I had been in this third abusive relationship for 3 years and I knew nothing was going to change. It was a routine, an uncomfortable, never-changing routine. And I wanted out.

I decided that night that things had to change. I left shortly after with my children and with no destination in mind. Through a process of self-discovery, deep spirituality, and incredible mentorship, I unlocked a version of myself that I knew was inside, but never knew how to access. When I did, things were never the same. Step by step I built the life I once imagined, a life full of love, freedom, and joy. I became the best version of myself, and continue to do this transformative work. Now, I’ve dedicated the rest of my life to showing others that radical, life-changing, healing is absolutely possible for them too.

In Doesn't Have To Be This Way

Your life experiences are portals for profound, life-changing, transformation especially the experiences that hurt. We are all in need of deep healing because experiencing hurt is constant. Wounds become a problem when we don’t provide the love, compassion, and attention it needs to heal properly. Insert triggers here:___________________

Triggers are the #1 determinant of a hidden wound and maybe the easiest to identify. I love to work with triggers because overcoming them has had the most positive impact on my life and clients’ lives.

So how do we begin to shift & heal? By going through the process of recognizing the lingering hurt, understanding it deeply without judgment, cultivating the mind, body, heart, and spirit, and rewriting the story.

Walking Through Portals™ is a program designed to do just that and more. We go deep to find what’s hiding underneath and we do so with love, compassion, and support. I think it’s time you try something different.

This is Not the Only Version of Your Life

Imagine knowing, with certainty, what you want to make of your life. Imagine how it would feel to wake up each day with that clarity. How would you carry yourself? How would you treat those around you? How would you view the world?

Now imagine that you not only knew what you wanted, but you were making it happen. Your past trauma was no longer a hindrance but was now a catalyst for growth. You were motivated, each and every day, to make progress toward your goals and transformational healing no matter what stood in your way. Imagine having that type of ability for the rest of your life. With a Spiritual Guide and Coach, with a plan, it’s all possible.

Know exactly what you want to be, do, and have in every area of life free from past trauma

Live a life that truly feels free and full of meaning, joy, laughter, and fulfillment through the days, months, and years

My biggest pain point was opening up about what's holding me back from setting my boundaries. I learned that there are women who connect in a deep way with what/ how I am feeling. I am not alone. These women's circles are great. They are empowering and a release when you are dealing with anything. It is the perfect safe space to get out anything you are struggling with, without judgment. It is all love.
Alexis Hall, Court Clerk, Connecticut
Alta and Claire did a fantastic job of leading heartfelt discussions and identifying areas and topics that hold us back. In a nurturing way with group support, the session provided a safe space for expression, coached me with clarity on goal-setting, and using a symbolic and artistic expression, helped release some of the emotional pain I was experiencing up until that session.
Michelle Loufman, Brand Story Photogtapher, Ohio
My biggest obstacle was not charging what I was worth. I learned that I can find a way to stop my beating myself up for what I am not getting done. Attending Alta's workshop was fabulous and empowering. Well worth the time!
Elana Feinsmith, Financial Coach & CPA
Previous
Next

Are You Ready to Take the First Step?

Or you can choose the second path.

You can choose to do something different, to stop trying to figure this out all by yourself and instead follow the lead of someone who has already figured out how to achieve the very things you want so badly. You know where you’ll be in a year if you choose to do nothing, but there’s no telling how far you’ll go in life with an expert by your side, guiding you every step of the way.

If you’re ready to change your life, I invite you to choose the second path, click the button below, and take the first step toward a bigger, brighter tomorrow. 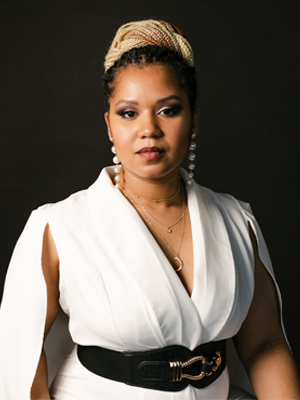 Altagracia Felix is a Spiritual Guide and Intuitive Trauma Coach. After experiencing the transformative power of spirituality in her life, she wanted to help other women experience this level of healing. She spent 4 years as an apprentice with her Spiritual Teacher learning to enhance her intuitive abilities.

She now devotes her work to empowering women to take the time needed to truly heal their relationships with themselves. Through her program, women are able to change their relationships with their past experiences and rewrite their story. She believes that healing is absolutely possible and it doesn’t have to take a decade to get there. Through radical responsibility, spirituality, and curiosity women can begin to rise above their past.